[Infographic] Bangladesh by the Numbers

Bangladesh GDP has been a strong indicator of growth due to its consistent upward trajectory in the last decade or so. Although the country reported numbers remain optimistically higher than those predicted by the World Bank, ADB or IMF, the recurrent census among all institutions reassure that Bangladesh performed consistently higher than its regional peers.

Unlike many of its South Asian neighbors, Bangladesh has been experiencing a continuously increasing GDP growth rate for the last five years. Strong consumption and public investment, recovery of apparel exports and high remittance growth were the main propellers of economic growth.

According to the World Bank, Bangladesh recorded an impressive annual GDP growth rate of 7.9% in 2018, up from 7.3% of previous year. The growth has been driven mainly by consumption increase and infrastructure investments and this growth is predicted to sustain. The country’s annual GDP growth rate officially surpassed that of India’s in 2016 and has been higher than that of its neighbor since then.

The following infographic presents some of Bangladesh’s important data– telling the tale of a rising economy. 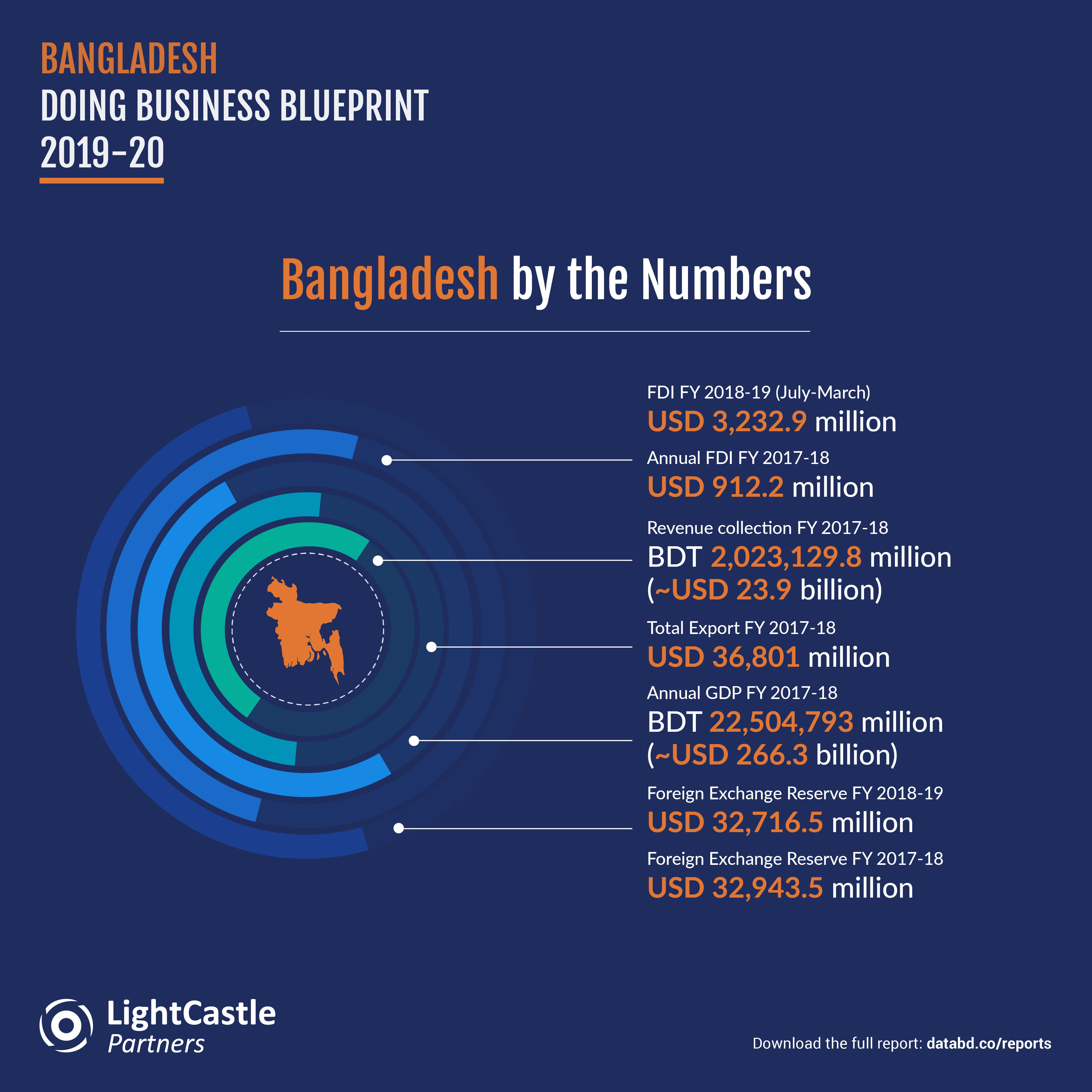