Have you read the part one of this article?

Safeguarding the People Against Inflation: Are the Measures Adequate?

As it was discussed in part one of the analysis of the National Budget 2022 – 23, the focus of the government’s effort to maintain a stable economic recovery even during a possible global recession phase is the nation’s industries and businesses. The budget offers them incentives in exchange for export earnings in a formalized channel and inclusion in the revenue collection apparatus [1]. The underlying philosophy shows an inclination to the ‘trickle down’ strategy. Through this strategy, the government helps the businesses flourish with the belief that this industrialization will increase employment scopes, provide better benefits to people, and ultimately increase national productivity and earnings. Thereby, government support trickles down to individual levels through businesses and industries.

However, this maneuver can be questioned given that individual-level support will take time and the economic stress is already impacting our daily expenses. The government has already voiced that price of fuel and fertilizer will be lowered gradually [2]. Also, prioritization of mega projects is being done keeping the raw material costs in mind. Shops and markets are instructed to shut off daily activities after eight o’clock in the evening. In recent times diplomatic efforts to promote Bangladesh’s exports through free or bilateral trade agreements alongside the continued pursuit of foreign direct investments have been remarked [3]. On the contrary, think tanks are voicing their concerns about the low allocation of social safety net programs and different chambers of commerce and industries are calling for revising source tax rates and import tax or duty reduction.

In this second part of our analysis of the National Budget 2022 – 23, we take a look at what the government has in stock as direct support to individuals, especially for low and middle-income segments. Intermittent commentaries of what ‘has been done’ and what ‘could have been done’ is also presented taking into account the expert analyses in recent reviews.

Measures to relieve people on an individual level from the rising economic stress have been a continued focus, with this year’s budget planning to not increase prices on the consumer level by covering subsidies across fuel, natural gas, fertilizer, and electricity.

With the looming debt servicing timeline ahead and demand from all fronts, management of subsidies is considered a critical source of relief to the people and stress to government funds. Hence the government has tried to hit the right balance for subsidies. The budget proposed a BDT 827 billion allocation (1.9% of GDP, increased from 1.7% in the previous FY) for subsidies. The major sectors to be relieved by these subsidies are fuel, electricity, gas, and fertilizer. Electricity will be given BDT 170 billion [4], fertilizers BDT 160 billion [5], and LNG BDT 173 billion [4].

Further efforts to ensure stability in food security for the population has also been extended through the agriculture sector, where the allocation of 6.2% [6] of the total budget is expected to contribute to the mechanization of the agricultural process in an attempt to promote synchronized cultivation. A project to provide 51,300 units of agro-machinery to 12 categories worth BDT 302 billion [7] titled ‘Mechanisation of Agriculture Work through Integrated Management’ would add to the objective. Prospects to increase production of all crops including maize and paddy along with necessary research and development in; seed using biotechnology, best farming practices, and soil health analysis is also expected to attain food security through higher production.

However, many essential commodities (sugar, palm oil, etc.) import tax rates were not reduced. Hence, inflation would directly create pressure on personal finances. For the low-income segments of the population, the impact might become even more severe.

Objectives set for skill development were also reflected in the proposition to develop around 520 thousand workers from different trades. For the last fiscal year about 877 thousand workers made their way to foreign markets, this number is expected to be around 810 thousand [8] this year with expectations of a comparatively higher-skilled base.

Most importantly, direct benefits to individuals were inconspicuous, starting with the minimum tax-free rate for Personal Income Tax staying at BDT 300,000, which is lower than the CPD recommendation of BDT 350,000 and gives no relief to the low and middle-income segments. On the contrary, tax injustice seemed apparent as the limit of tax-free allowance for salaries, housing, transportation, and healthcare was increased from BDT 5.5 lakh to BDT 10 lakh [9]. Tax rebates were also introduced for investment from 10% to 15% [9] and the special tax treatment in attempts to grab a share of undisclosed assets.

Such measures cater to higher revenue inclusion from the upper-income groups but provide no assistance to the poor. The anticipated scheme for Universal Pension, which would have been a great addition to the social safety net, given the current economic stress, was postponed for the next fiscal year. All of these create dissonance about the level of support the low and middle-income segments get for their individual journey toward middle and upper segments.

The number of beneficiaries is planned to increase by 0.357 million to 2.365 million in place of 2.08 million. The rate of monthly allowance is also expected to increase by BDT 100 (BDT 750 to BDT 850) for the disabled beneficiaries. Furthermore, amid the ongoing conflict between Russia-Ukraine and disruption of the global supply chain, the government has also introduced the Family Card Program to distribute essential commodities among the poor across the country at a lower cost.

However, this change might not impact the low-income group people significantly given the intolerable inflation level and turmoil in the economy. To keep the economy stable, the allocation could have been higher than at least the rate of inflation, and the addition of new poor people could have been taken into consideration in the recent budget. In addition, in comparison with the last national budget, no substantive increase in allocation is reflected in terms of direct support measures and allowance.

Another effort focused on the economically vulnerable group is Open Market Sale or OMS has been a notable assistive approach by the government, providing 30 kg of rice at BDT 10 per kg since the pandemic. In light of the recent price spiral the budget allocated similar assistance of 30 kg rice but at an increased price of BDT 15 per kg [11] for the remainder of this year to about 5 million low-income households. On an overall level, OMS Allocations saw a decrease of 11.50% [6]. This will undoubtedly put pressure on the beneficiary groups. On the supply side, ensuring the mitigation of unfair market practices by identifying and accounting for hoarders is also a challenge to overcome to bring stability to prices.

Although Bangladesh has shown resilience through growth during the pandemic years and was on its way to an optimistic recovery, the challenges from global supply chain shock with market volatility have become major impediments to that journey. Foreign currency reserves and increasing import dependency have further complicated the way out of this turbulence.

Currently, Bangladesh is focusing on curbing inflation and securing a modest currency reserve. Through this budget, Bangladesh has tried to bolster support for businesses and incentivize export expansion and diversification with the condition of using formal channels and compliant revenue recognition. However, such a strategy will make the businesses calculate the cost and benefit of tax benefits, the burden of source tax, and procedural hassles, this is expected to strengthen revenue collection from corporates in the coming years. In addition, comparatively moderate attention was given to directly supporting the low-income communities, and subsidies are allocated in due sectors, inflationary pressure may require further cushioning. The 5.6% inflation is being criticized for being too optimistic given the uncertainty of the global scenario.

However, revenue collection by NBR has increased in the latest reports. Also, export earnings are growing year on year significantly. The scenario essentially tilts the government’s budgetary maneuver towards a more business-friendly stance. Reliance on and formalization of businesses are also an expected transition in the growth journey of Bangladesh yet what matters is how efficiently and smartly Bangladesh prioritizes sectors, promotes exports, and lets the growth trickle down across different income groups. 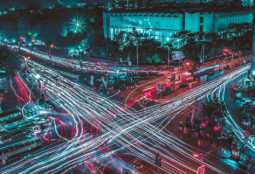 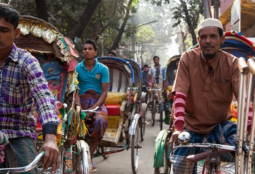 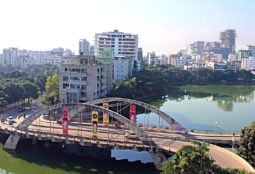 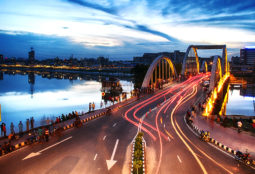