Emergence of the Sharing Economy Defined the Decade

The sharing economy is one of the fastest-growing sectors and trends in the world, expected to be worth $335 billion by 2025.[1] It is one of the many transformative trends created through the Fourth Industrial Revolution.

The sharing economy is an umbrella term that includes the gig economy, crowdsourcing, coworking, and freelancing, as well as collaborative consumption. While there is no one fixed definition, most definitions contain a few key elements, such as the sharing of idle resources on an on-demand basis, which is usually done via an IT platform.[1] Personal interaction, trust, and community building are important tenets of the business models.

Bangladesh has had several business models thrive and grow under the sharing economy, but the ride-sharing industry stands out as a disruptive force that transformed the transport sector of Bangladesh. Others include peer-to-peer selling sites like bikroy.com, office space sharing platforms, and service platforms like Sheba.xyz. 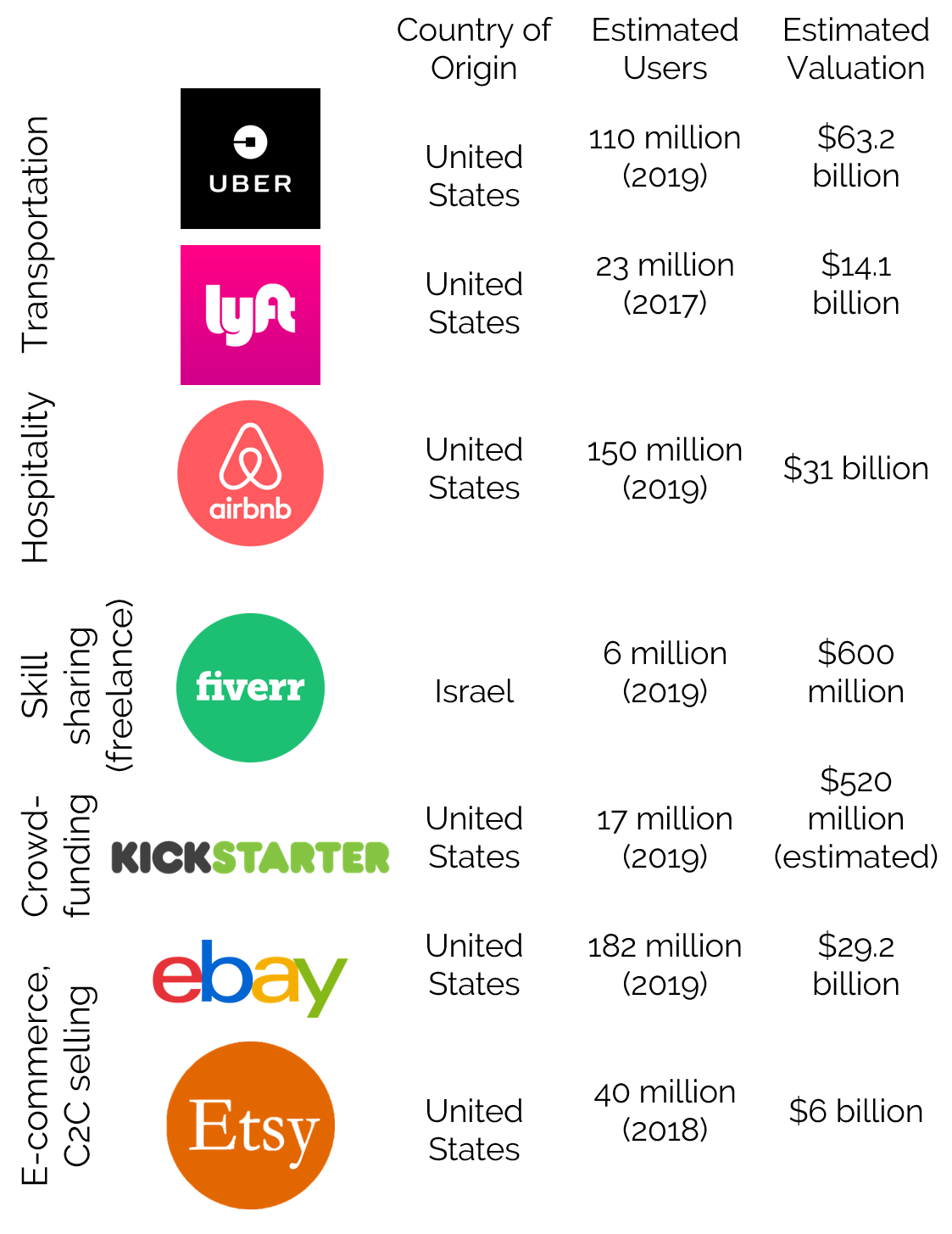 The growth of the sharing economy has been marked by its expansion and the inclusion of new services and aspects, attempting to mark all aspects of human life with collaborative consumption. In 2013, the sharing economy’s contribution in five sectors where the business model was most prevalent was only $15 billion, and in 2025 is expected to be $335 billion, which is half of the expected total revenue. These sectors include crowdfunding, media streaming services, home and car-sharing, and online distance work platforms.[1]

In the transportation sector, there are several international companies who operate in multiple countries, including Uber, DiDi, and Lyft. Uber is one of the largest businesses in the sharing economy globally and the pioneer of ridesharing. DiDi, operated by Alibaba Group, is a Chinese transportation company that operates in several countries and acquired Uber China in 2016.[4] The hospitality sector is another where companies like Airbnb have redefined travel experiences, expanding globally.

For the sale or renting of consumer products, there are several businesses that offer peer-to-peer platforms. The largest of these is also one of the earliest e-commerce and sharing economy companies, which is eBay. It allows online auctioning of personal products. Etsy is a website that allows small business owners to sell homemade products online. In the fashion industry, Rent the Runway allows users to rent designer clothes, starting from wedding dresses to everyday clothes.

Currently, the most development in the industry is coming from the professional and personal services sector. Applications that support freelancing or the gig economy aim to connect skilled or semi-skilled seekers of work and those who need such workers. Here, one’s skill or time is shared, as ridesharing lets car-owners share their cars. Examples of companies in this field include Fiverr and Upwork.

The next frontiers for the sharing industry are the healthcare field. Innovations here include the sharing of underutilized medical equipment among hospitals and easier communication between healthcare professionals and patients. This includes firms like Cohealo and CrowdMed.

Unfortunately, the growth of the sharing economy has not translated into successful IPOs. Uber is one of the largest companies in the sector and the company’s current market value of $52 billion is lower than its previous private valuation of $76 billion.[2] Lyft also suffered a poor IPO as it was unable to earn a positive operating profit. Its promise to earn profits by 2021 has not given investors much confidence either.[3]

The transportation sector is where the sharing economy truly solidified its impact on traditional industry and business model. The system works by allowing people searching for a ride to connect with vehicle owners who can take passengers. Ideally, both parties will be headed in similar directions, allowing convenience, fuel-saving, and a match of demand and underutilized supply. Ridesharing offers multiple advantages over its alternatives like public transport and taxis, such as safety, comfort, and convenience.

In Bangladesh, the first mover was Pathao, which started operations in 2016. Uber joined later that year. In 2017 alone, the number of people who used ridesharing services increased 50 times over.[5] The booming e-hailing market now has a number of players, including SAM, Shohoz, Amar Ride, and Dako.

There are several drivers for the popularity of ridesharing in Bangladesh. One of the most significant drivers is the high level of traffic, which commuters must deal with every day. Not only are motorbikes faster in cutting through this congestion, but they are also more convenient and comfortable than public buses and CNG taxis. The increasing usage of the Internet and digital literacy of the Bangladeshi population is another reason why people are more comfortable using applications and online services than before.

The target group of ridesharing is mainly the middle class, who can afford to choose ridesharing over cheaper forms of transport like public buses but may find it difficult to purchase cars or bikes of their own. Thus, the growth of the middle class has been adding to the growth of the ridesharing industry. From the supply side, ridesharing has become for many their primary source of income. The ease of earning money attracts a large pool of riders, which then increases the convenience of the apps for the users.

The rising popularity of ridesharing may cause car sales to fall as prospective buyers no longer feel the need to have one of their own. The entrance of other international players such as Ola from India and DiDi of China is being predicted in the next few years.

Although the ridesharing’s growth and impact have been unmatched by other sharing economy ventures in Bangladesh, more ideas are penetrating the market.

Co-working spaces involve renting office spaces to organisations and entrepreneurs who do not wish to go through the hassle of renting their own workplace. This is especially useful for entrepreneurs and start-ups. Companies in this sector include Moar, Hub Dhaka, and Office Suites. They are designed with all the facilities that a professional workplace would need.[7] The demand for these services has been boosted by the rise of startups and freelancers.

There are over 650,000 registered freelancers in the country, who bring in about $100 million annually.[8] This makes Bangladesh the second-largest provider of online freelance services after India. Freelancers use platforms like Upwork and Fiverr to source work from international countries, and local platforms are also being developed.

In the hospitality industry, Avijatrik works with the local community in various regions of the country to open their homes to tourists, creating a unique experience for visitors. This is similar to the model of Airbnb, but more focused on creating complete tourist packages and aiding the disadvantaged local community in the process. Airbnb has also entered the Bangladeshi market

A Unique Industry Has Unique Challenges

A major challenge faced by participants of the sharing economy is that of safety and trust. As interactions are designed to be peer to peer, there are certain risks involved. For example, stories of harassment and theft are often heard in the ridesharing industry. For peer-to-peer selling platforms, there is scope for dishonesty in terms of product quality and specifications, payment, and delivery. Even when complaints are made to the platform, there is dissatisfaction among customers about the speed or appropriate harshness of the punishment.

As the providers of products or services on the platform are not direct employees of the organisation, lack of control is also an issue. This is easily seen in the ridesharing industry, as often drivers are not appropriately trained and may drive recklessly. As they aren’t employees of the platform, it is also difficult for the company to have that level of control. Verification and screening processes for both users and ride providers must be strengthened, and separate labour law frameworks may need to be developed.

Externally, Bangladesh’s digital infrastructure is not on par with other markets, which limits the growth of a sector that relies on online communication. Only 65% of Bangladesh’s 150 million phone subscribers use smartphones, and this percentage needs to be increased to increase the scope for business.[6]

The core tenets of the sharing economy are mindset shifts and trust-building. Companies must focus on these, but the government has a role to play as well. Supporting the transition of Bangladesh to the Fourth Industrial Revolution is crucial here through proper digital infrastructure and incentives for organisations working to provide it. As for trust, there should be appropriate laws protecting the interests of consumers.

Regulation of the sharing economy is challenging as traditional legislation is not applicable and will restrict growth, but supportive policies to strengthen the business framework and platforms is needed. Inclusion of sharing economy value in taxation and other official statistics is important to make the sector less ‘informal’ and better monitored. As the sector includes a wide variety of players and services, individual agreements may be considered, or requirements for data reporting.

As the sector is growing, the ‘sharing economy’ is increasingly becoming just the ‘economy’, which is the true indicator of its success as it permeates everyday life. Holding to its original values of resource efficiency, community, and convenience will be essential through this expansion, as it continues to creatively disrupt new industries. 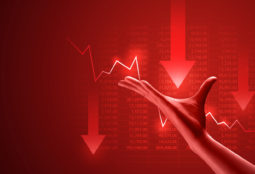 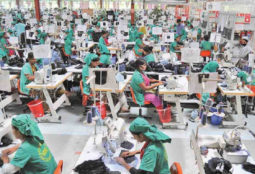