Despite steady economic growth of the country over the past decade, investment has been comparatively low in Bangladesh compared to regional peers. The investment to GDP ratio stood at 31.2% as of FY 2017-18, which is significantly lower than the level expected for catapulting the economy forward.

Although policymakers have devised policies for attracting FDIs in an effort to cover shortfalls in investments, Bangladesh’s FDI stood at a paltry USD 2.6 billion as of FY 2017-18, while for a regional peer like Myanmar, annual FDI for FY 2017-18 cumulated to USD 5.7 billion. 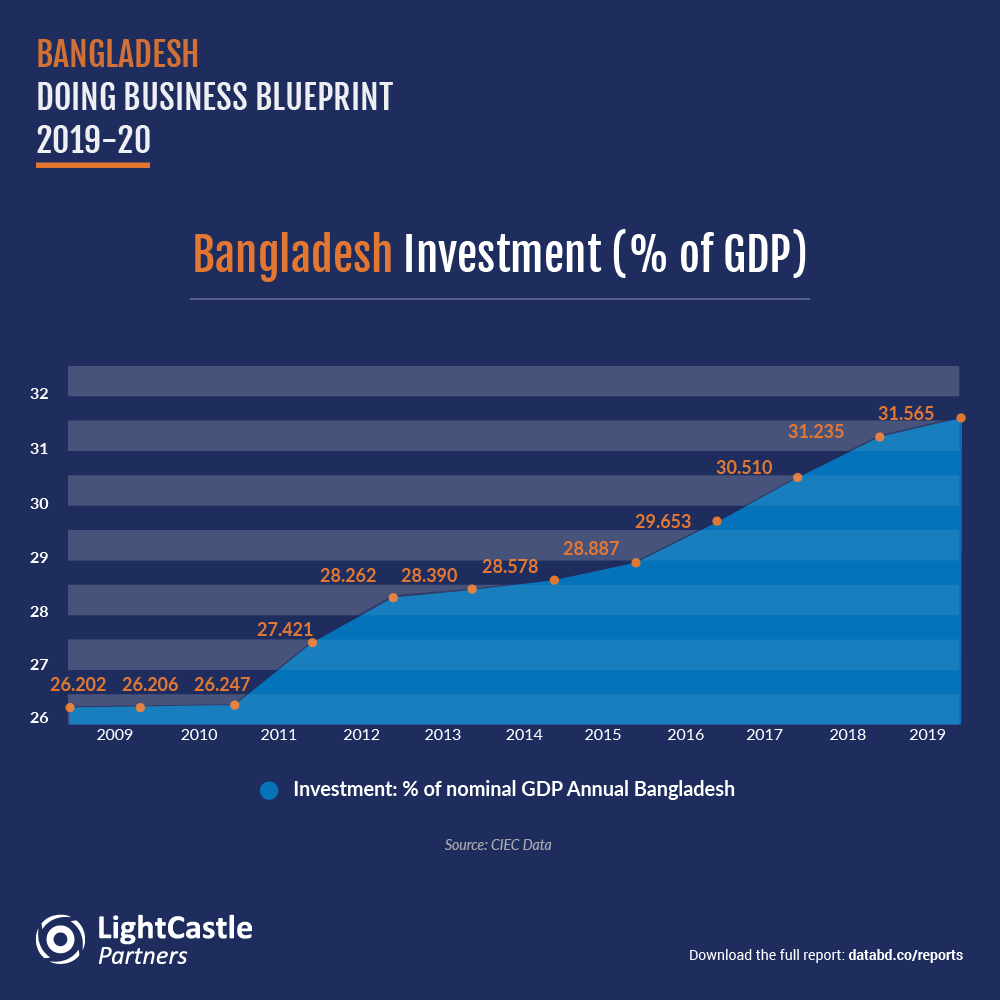 A further breakdown of the FDI composition of FY 2017-18 reveals figures that are unrealistic, as almost 75% of reported investments can be attributed to reinvestment earnings and intra-company loans. However, the FDI composition has changed in FY 2018-19 based on the recent investment by JTI of USD 1.5 billion. The chart below shows the FDI breakdown by component trend over the last 4 years. 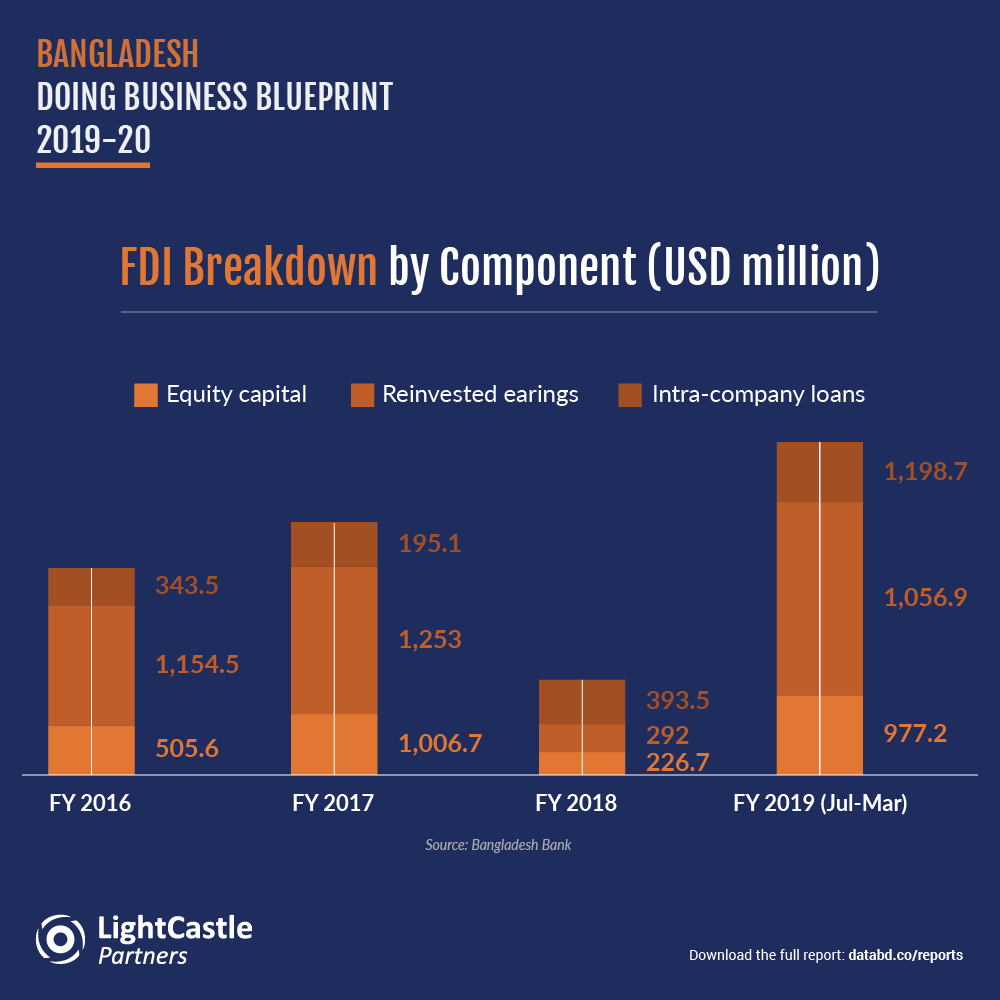