The global economy has been undergoing turbulent times over the last couple of years, spearheaded by the pandemic-induced slowdown in 2020 and the resulting supply chain disruptions wrought about by travel restrictions and lockdowns. While the pandemic has receded—facilitated by the invention, mass production, and distribution of vaccines in record time—several geopolitical challenges have disrupted recovery.

The advent of the Ukraine-Russia war has swiveled the global commodity market due to the sanctions imposed on Russia by the Western economies. Russia’s importance as a global supplier of fossil fuel (USD 211 billion), fertilizers (USD 12.5 billion), precious minerals (USD 31.6 billion), iron & steel (USD 28.9 billion), and cereals (USD 9.1 billion) has resulted in severe supply side shocks and skyrocketing commodity prices. While the commodity prices have receded over the last few months, mainly due to recessionary bouts across the European Union (EU) and the United States (US), prices have remained well above the pre-war level.

Another structural shift witnessed over the last few years has been the confrontational stance between China and the US; initially manifested in the form of a trade war. The latest impasse over the visit of a senior US elected official to Taiwan has led to an assertive response from China and the possibility of an armed conflict over Taiwan cannot be ruled out in the medium term. Economists are predicting a gradual reversal of trade liberalization as the geopolitical fault lines are increasingly becoming more pronounced, leading to de-globalization.

The aforementioned shocks have contributed to a global slowdown reflected in the growth projections of the multilateral development agencies. According to the World Bank, the global economy is expected to grow by 2.9% in 2022, a downward revision from the 4.1% growth estimated at the beginning of the year and significantly lower than the 5.7% growth experienced in 2021.

Bangladesh’s economy has been hit hard by the global turmoil considering its dependence on international trade. As a net importer of essential commodities like oil, natural gas, fertilizer, wheat, soybean, and cotton; international price hikes have led to external shocks culminating in a current account deficit of USD18.7 billion in FY 2021-22. The lopsided international trade numbers have led to dollar shortages and the government was forced to stand aside and let the currency depreciate to BDT 106 (BDT115/kerb market) against each USD. Alongside, the government recently hiked fuel prices to reduce subsidies, which had a knock-on effect on inflation.

Bangladesh’s growth trajectory has been augmented by infrastructure development, which can potentially bolster growth in the upcoming years. However, the high cost of developing these projects is a matter of concern, especially owing to the repeated extension of project deadlines and corresponding revision of budgets. Since most of these projects are financed by external debt, with the graduation from Least Developed Countries (LDC), the cost of funding is expected to increase and soft loans will increasingly become harder to avail.

As of March 2022, the external debt to GDP ratio stood at 27%, which is lower than the International Monetary Fund’s (IMF) risk threshold of 70%. However, the debt repayment burden is expected to double within the next three years, according to Economic Relations Division’s (ERD) calculations, and is expected to reach USD 4.02 billion in 2025, from the current repayment burden of USD 2.4 billion. The tax collection rate hasn’t kept up with the growing economy, generating less than 10% of GDP, significantly lower than regional peers.

To continue the growth momentum, policymakers need to undertake a series of policy reforms and reduce red tape, mainly aiming to facilitate ease of doing business. International investors will have to be wooed to enter the country, which will not only create new jobs but facilitate technology transfer and help the country transition towards an innovation-led economy. The demographic dividend the country is experiencing will cease to exist within the next couple of decades and the government has to facilitate employment opportunities for the workforce entering the job market each year. Large-scale investment in education will also be required to improve the working population’s overall skill-set and contribute to growing human capital.

The pandemic and the war-led commodity price hikes have led to winners and losers across the economy. A notable percentage of the economically vulnerable population has slid back to poverty, and comprehensive social safety net arrangements and livelihood projects must be implemented by the government and development agencies to reduce income inequality. Growth in the manufacturing sector will also create employment opportunities for unskilled and semi-skilled workers leading to inclusive growth.

The coming few years will be monumental as Bangladesh finally transitions out from the LDC status in 2026, but various trade benefits accrued to LDCs will be withdrawn post-2029. The country’s overdependence on the apparel sector for export earnings might prove to be a major hurdle for sustaining growth in the next 10 years, and the government will have to provide policy support and facilitate investments to diversify the export basket. 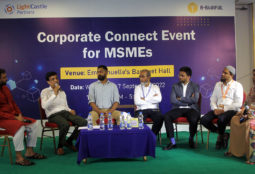