Agent Banking has been a catalyst in financial inclusion in Bangladesh. According to a report by the Bill & Melinda Gates Foundation, participation in financial services in the country has increased to reach an all-time high of 47 percent in 2018 as a result of a 5 percentage-point surge (20% to 25%) in registered bank users. The aggressive growth of agent banking has been credited for this surge.[1] The latest data from Bangladesh Bank shows there are 7.6 million accounts associated with agent banking in July 2020: representing year-over-year growth of 114 percent.[2]

Agent Banking is defined as the banking services provided outside of regular bank branches by engaged agents under a valid agency agreement.[1] It was first introduced in Bangladesh by Bangladesh Bank (BB) in 2013. The aim is to provide financial services to the underserved and poor segments of the population, especially those from the geographically dispersed locations.[3]

The latest report from the central bank shows there are 28 banks having agent banking licenses with 23 in operation. With 3 million accounts, Bank Asia leads in the number of accounts opened through agent banking with a share of 40.8 percent. This lead is followed by Dutch-Bangla Bank Limited (DBBL) with 33.5 percent, Islami Bank Bangladesh Limited with 10.23 percent, Al-Arafah Islami Bank with 3.6 percent, and Agrani Bank Limited with 2.56 percent shares.[4]

According to the Global Findex Database 2017 of the World Bank, only 40 percent of people above 15 years of age in rural areas in Bangladesh have an account at a bank or a financial institution.[5] Agent Banking has led to a huge segment of this excluded population to create accounts and access financial services. Most of the agents (86 percent of total) and outlets (88 percent of the total) associated are located in rural areas.[4] The model is highly suitable for rural hard to reach areas and high proliferation in rural areas have led to rural agent banking subscribers outnumber those in urban areas. Growth is higher as well: the number of bank accounts in rural areas grew by 139 percent from July 2019 to July 2020 compared to only 60 percent in the urban areas.[2]

The higher growth of rural accounts shows that agent banking is providing banking services to the main group of the population that has been deprived of these services previously. Primary data collected by LightCastle reveals the following factors for such high adoption of agent banking by the previously financially excluded groups:

i. Acceptability of the agent by locals: Licensed banks try to select locally known and acceptable individuals/institutions from these eligible entities as agents. The familiarity of the selected agents among the local population helps convince the latter to form bank accounts.

ii. Proximity and hospitality of outlets: The formal physical environment of a typical retail bank branch is often perceived as alien by a prospective rural bank account holder. On the other hand, an agent bank outlet is located in a prospective customer’s known environment and conducted by someone known. These features make the outlet environment accommodating to the customer so that he/she is comfortable going to the outlet and carrying out banking activities.

iii. Use of IT devices to reduce hassles: All agent banking outlets are equipped with IT devices like point of sale (POS) devices with biometric features, barcode scanner to scan bills for bill payment transactions, and Personal Identification Number (PIN) pads.[3] Typical banking operations would require the usage of identification cards, numbers, and codes to make transactions. Most people in rural areas do not maintain all of these documents. But with the help of the aforementioned devices, agent banking customers can easily carry out activities using only the customer’s fingerprint or mobile number.

COVID-19 led to a greater growth of agent banking

The government limited commercial banking operations during the two-month public holiday that ended on May 30 to control the spread of COVID-19. Agents, being third-party entities, were not bound by the restrictions. They were still given the autonomy to choose whether to carry out operations. Most agents decided to carry out operations: An interview with a board director of Bank Asia informed LightCastle that around 60 percent of their agents decided to continue work. The continuation allowed customers to carry out transactions at the agent outlets.

But the greatest blessing came in the form of government assistance to vulnerable populations. The government announced a series of stimulus packages worth BDT 1.0 trillion to mitigate the economic effects of COVID-19.[6] At the same time, the government increased the allocation of social safety nets to BDT 76,000 in order to accommodate more beneficiaries.[7] As the main beneficiaries were located in rural areas and distribution of the funds digitally was prioritized, agent banking along with Mobile Financial Services (MFS) became the ideal candidates for the disbursement of these funds.  These two candidates were also seen as more reliable media for distribution than direct cash transfer, which might have led to misappropriation. People thus become more aware and accepting of agent banking as a trusted source for financial services. Consequently, the number of accounts and the volume of transactions increased.

In spite of the rising number of deposits, loan disbursements by agent banking are still very meager. In July 2020, for example, deposits amounted to BDT 107.88 billion while loan disbursements amounted to only BDT 949 million which means less than 1 percent of the deposits were given as loans.[8] This low loan to deposit ratio suggests agent banking is missing out on providing credit to Cottage, Micro, Small and Medium Enterprises (CMSME). The use of formal finance by CMSMEs in Bangladesh is quite limited and the finance gap is estimated to be worth BDT 237 billion or USD 2.8 billion.[9] Agent banking is in a great position to lower the gap.

But there are bottlenecks to unlocking this huge opportunity. CMSMEs in Bangladesh face financial constraints including poor quality of the collateral, inadequate documentation, and ill-defined business plans.[9] As a result, banks take time to process loan applications. The turnaround time for loan applications is thus 7 to 10 days. The higher turnaround time makes agent banking unattractive to SMEs for financing as they can access credit from Microfinance Institutions (MFI) at a faster rate.

On the other hand, banks also find it unattractive to lend to SMEs. The government capped the lending rate for loans at 9 percent and deposit rates at 6 percent and the regulation came into effect in April 2020.[10] The capping of the rates makes lending unprofitable for banks. Since SMEs are riskier due to the aforementioned constraints, banks consider lending to them more non-appealing.

Although agent banks have accelerated financial inclusion in the country, especially in rural areas, more needs to be done. Most of the labor force in Bangladesh is employed in the informal sector where they lack options for savings and obtain loans. Engaging these huge populations into formal financial services help them to save and access credit for entrepreneurial ventures.

The way forward for agent banking is to partner with each other and with Mobile Financial Service (MFS) providers. Such partnership will create synergies that will increase accessibility to financial services. The following actions can be taken:

The partnership among banks with agent banking operations and with MFS will not only benefit customers, but will also benefit the banks and providers. Both banks and providers can extend their offerings to customers at a lower cost. It also gives both of them access to each other’s customer base. Thus, collaboration ensures a win-win for all. 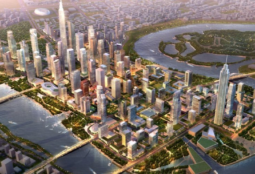