Global Ride-Sharing and Opportunities in Bangladesh

Over the past few years, the ride-sharing industry has taken the global road transportation market by storm and has gained popularity, primarily because of companies devoted to making transportation more reliable, safe, and enjoyable. Ride sharing, till date, contributes to the biggest share of sharing economy valuation globally. The global ridesharing market is expected to witness a CAGR of 16.4% reaching USD 148.7 billion by 2024. The ride sharing market covers online platforms and apps that bring together passengers and drivers. Using the apps, passengers request for rides and are matched with drivers in the vicinity. In 2018, revenue from ride sharing accounted for USD 15.6 Billion. (Source: Globe Newswire)

Global Players’ valuation and their comparison

In the Indian market, Ola has witnessed a rise in market share from 53% in July 2017 to 56.2% in December 2017. Meanwhile, Uber’s market share tanked by 2.4% from 42% to 39.6% during the same period. Uber, which once emerged as the biggest player in the ride-hailing segment globally, has gradually been losing ground against local rivals in different countries. (Source: Kalagato)

With a reported valuation of USD 50 billion, Didi Chuxing is the world’s most valuable startup after Uber (Source: IDLC Finance). Other top players include- Ola, Go Jek and Grab. Go-Jek, Indonesian emerging ride-sharing startup, has grown to become a USD 5 billion business backed by the likes of Google and Tencent. The company currently operates in 50 cities in Indonesia, and launched in Vietnam in August with plans to move to Thailand and the Philippines soon.  Go Jek has already made strategic investments in Pathao, a top Bangladeshi ride sharing company.

According to ABI Research’s latest study on mobility, out of 16 billion ride-hailing trips that were completed last year, over 70% were completed in Asia, making Asia the world’s largest ride-hailing market, with North America and Latin American coming next. In global comparison, most revenue is generated in China (US$28,176m in 2018) (RIde Hailing, United States, 2018). In China, the dominant player now is Didi Chuxing – a result of a merger between Tencent-backed Didi Dache and Alibaba-backed Kuaidi Dache – having bought out American competitor Uber (Huang, 2018).

Top players in Asian Market and their valuation

Currently, Didi Chuxing is operating in 400 cities in Asia, followed by Ola serving 102 cities. Didi runs car pools, minibuses and buses in addition to taxis and luxury cars. Indian Ola is also weighing options for a few other international markets, including, UK, Bangladesh and Sri Lanka. In July 2018, Didi and SoftBank ploughed USD 2 billion into Grab. In August the Chinese upstart invested in two Uber clones, Estonia’s Taxify, which serves Europe and Africa, and Dubai’s Careem, which operates in the Middle East (source: IDLC Finance). As for Southeast Asia, Singapore-headquartered O2O company, Grab has ambitiously forayed into eight countries, including emerging markets like Cambodia and Myanmar (Source: Houng).

Over the recent years, Bangladesh has been experiencing strong economic growth (7% plus GDP growth) with an economy worth USD 250 billion. Pathao, the popular local ride-sharing company, recently valued over USD 100 million implies that the startup scenario of Bangladesh is moving at a faster pace than ever. Pathao confirmed TechCrunch that its valuation is over USD 100 million (approximately BDT 820 crore).  In Bangladesh. Ride-sharing has created employment opportunities for more than 100,000 people, signifying the sector’s impact in terms of employment generation. Although the latest announcement of 5% VAT on ride-sharing will make the service a bit costlier, the sector is expected to maintain its exponential growth.

Go Jek first invested as part of Pathao’s Series A investment in 2017, the funding reportedly standing at USD 2 million. Also, Pathao has announced that it has recently raised a “pre-Series B” investment. Another ride-sharing and e-ticketing startup, Shohoz managed to raise $15m in a pre-series B round, which was led by Singapore based capital venture firm Golden Gate Ventures. The funding round was also participated by Linear VC, 500 Startups and angel investor Koh Boon Hwee.

App-based ride-share services-Uber, Pathao and Shohoz- are transforming Dhaka’s transport sector. Although Ride-sharing services have emerged mostly in Bangladesh’s capital, but services are expanding to other major cities like Chittagong. Bangladesh witnessed a leap in ridesharing space with the emergence of Pathao, the most popular local ride sharing company which got off the ground in 2017. Pathao is moving along with a similar vision of Go-Jek, which offers services like ride sharing, food delivery, logistics and digital wallet etc., with concrete plans for moving beyond ride sharing, logistics and food delivery.

The existing regulations in Bangladesh do not allow the usage of private vehicles for commercial purposes. The government has, however, quickly moved to resolve this hurdle by introducing its ride-sharing service policy. This will address some of the ambiguities within the system. The policy environment has so far been cordial towards the ride-share subsector -which is dynamic but also nascent, and thus needs policy support.

Bangladesh’s ride sharing space is growing at a rapid pace, with head room for exponential growth across the country.  Ride sharing has given a boost in sales for the bike industry as well and created employment opportunities for thousands of people. A number of ride-hailing apps have incorporated CNG in their transportation network. Also, availing this service adds up to saving without compromising with the comfort and provide a faster commute at the same time.

If ride-sharing grows at the current pace in Bangladesh, growth in car sale in Bangladesh may decrease over time. Also, the rising fleet of two-wheelers is a cause for safety concern, with an alarming number of young people (and co-riders) vulnerable to road accidents.

Author: Dipa Sultana is a final year undergraduate student at North South University and a Junior Associate at LightCastle Partners. With dual majors in Finance and Marketing, she aims to pursue higher degrees in Data Analytics. 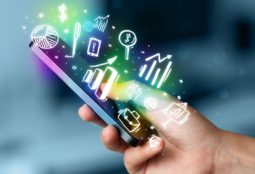