Tourism: A possible new driver for the economy of Bangladesh

Bangladesh is set to graduate from the least developed country (LDC) category by 2024.[1] While this might show the evolution of the Bangladesh economy, the graduation may cause an irreversible decline to the garments industry which might lose $2.7 billion in export earnings every year after graduation.[2] Thus, Bangladesh needs to start looking for new sources of foreign earnings before its biggest source is depleted. With a contribution of 10.4% in global GDP, the tourism industry is growing at a rate of 3.9%.[4] Thus, if properly nurtured, the Tourism Industry can be a big source of foreign currency earnings.

Tourism is a rising industry in Bangladesh which comprised of 4.4% of the total GDP in 2018.[5] The government has allocated Tk 34 billion in FY2019-20 in Civil Aviation (Biman) and Tourism Ministry which is more than double the allocation of the last fiscal year which indicates that the government of Bangladesh is giving importance to the Tourism Sector.[3] This consideration has been reflected in the Travel and Tourism Competitiveness Report 2019 where Bangladesh has seen the greatest percentage increase, reaching to 120th position from 125th among 140 countries.

However, regardless of the improvement, this is still an abysmal rank with Pakistan being the only Asian country behind Bangladesh. Moreover, the dominant portion (97%) of earnings in tourism come from domestic sources.[5] This indicates that Bangladesh is not a popular destination among foreign tourists.

Successful Neighbors In the Region

The common destinations for tourists in this region are India, Malaysia, Indonesia, Thailand, Singapore and Vietnam with around 115 million tourists visiting these countries in 2017.[5] The total earnings of these countries in the year 2018 was around $164 billion USD which is 86% of the total earnings in this region.[6] Other more popular destinations include Sri Lanka, Nepal, Cambodia and The Philippines.[7] Between 2010 and 2018, Southeast Asia and South Asia has seen the fastest global growth in tourism with a growth of 8% and 10% respectively.

The success of these countries give Bangladesh an ideal case to follow and develop its own Tourism Industry.

Lack of tourists from Western countries

Almost half of the total tourists who come to Bangladesh are from India. The remaining tourists mostly come from Asian countries. While 5% of the tourists come from the US, these figures include Bangladeshi origin US citizens. Only 7% of the tourists arrive from the rest of the world. However, in 2018, The Americas (i.e North and South America) spent $334 billion USD and Europe spent $570 billion USD on tourism.[17] The total global expenditure behind tourism is $1.7 trillion USD.[17] This means that The Americas and Europe together constitute of 53% of the global tourism market which Bangladesh is missing out on. However, if we look at the popular tourist destinations in Asia, the percentage of tourists from the “rest of the world” ranges from 20-71%.[6] 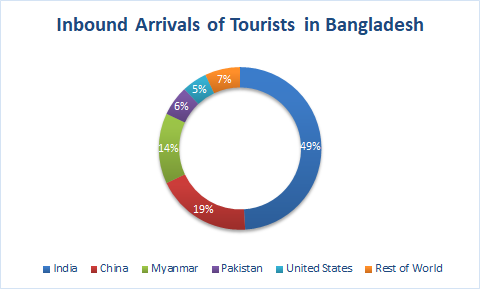 Security issues are a concern for foreign tourists. The US Department of State has issued warning against traveling to Dhaka and the Southeast of Bangladesh citing crime, terrorism, kidnapping as reasons.[9] However, according to the Safety and Security Index of 2019 by World Economic Forum, Bangladesh has improved its rankings to 105th from 123rd.[7] This indicates that Bangladesh has been striving to remove the safety and security concerns.

Supportive local airlines play an important role in promoting a country among foreign tourists. However, the national flag carrier of Bangladesh, Biman Bangladesh Airlines has only one destination outside Asia which is London, United Kingdom.[11] This results in an increased cost of transportation to Bangladesh which acts as a disincentive to foreign tourists.

Bangladesh, unsurprisingly, ranks 111th in the Air Transport Infrastructural Index and is the worst ranked country in the Asia Pacific.[7] In fact, India comprises of almost half of all the inbound tourists in Bangladesh because they have access to Bangladesh through land routes. This is an indication of the fact that an easy channel of entry is a prerequisite to getting tourists.

Higher cost for tourists compared to competing countries in the region 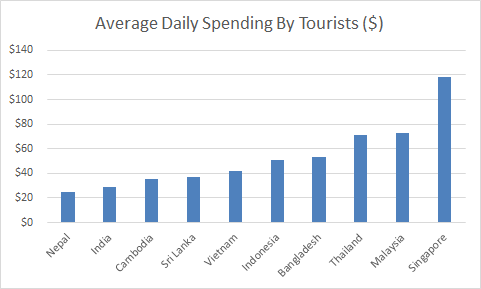 The cost of tourism in Bangladesh is on the higher end of the spectrum. However, when it comes to other factors like infrastructure, health and hygiene, ICT readiness, and Tourist Service Infrastructure, Bangladesh is ranked lower than its competitors in the region.[7] This is a deterrent to tourists since they can get a better value for their money in other countries.

Among other infrastructural incapabilities, the condition of the transportation sector is especially notable. With a road space of only 7.5% of land area, traffic congestions are commonplace in the urban area.[19] Road accidents are also commonplace in Bangladesh. 2019 saw 4580 deaths which was an increase from 2018.[20]

Bangladesh also lacks proper accommodation facilities for tourists. Guesthouses from the mobile application AirBnB is a common destination for tourists due to it being inexpensive compared to hotels. The AirBnb website shows that the number of AirBnb listings in Bangladesh are very limited compared to other tourist destinations in the region. This forces tourists to choose hotels as accommodations which increases their spending. 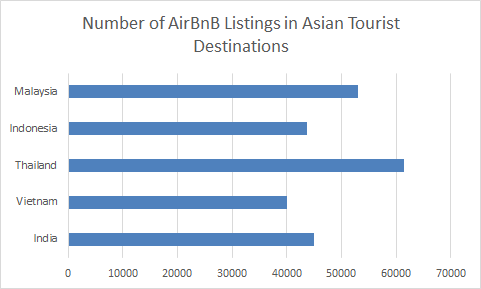 Bangladesh is lagging behind English proficiency as well, which is an absolute necessity for proper communication with tourists. Bangladesh is currently ranked 71st in the English Proficiency Index and is behind Singapore (5th), The Philippines (20th), Malaysia (26th), India (34th) and Vietnam (52).[21]

Global tourists can be segmented in a multitude of ways. Among them, three lucrative segments for Bangladesh have been identified.

The Backpacking Travelers are the segment of tourists who seek a low-budget and flexible itinerary, authenticity and adventure, as well as immersion into ‘other’ cultures.[13] The back-packers seek authentic cultural experience at low cost.[14] With the low infrastructural capabilities of Bangladesh, this segment of tourists shall be the perfect target market for the Bangladesh Tourism Industry. Moreover, this region already has multiple destinations among backpackers who have nicknamed the route in South and Southeast Asia as the Banana Pancake Trail.[15] Intraregional Tourism predominates in Asia comprising of about 79% of total tourist arrivals.[16] China is the highest spender among Asian tourists by having an expenditure of about USD $277 billion in the year 2018.[16] Currently, Chinese tourists comprise of 19% of all tourists in Bangladesh.[6] This indicates that Chinese tourists have already shown interest in Bangladesh. Thus, there is a possibility that Bangladesh can build on this market.

Tourism which caters to the core needs of Muslims is called Halal Tourism. The Muslim tourist market is growing and is expected to reach 158 million by 2020 and will reach USD $300 billion by the year 2026.[22] Currently, Bangladesh is not among the top 10 Organisation of Islamic Cooperation (OIC) destinations among Muslim tourists. However, being a Muslim country, Bangladesh has the potential to attract a section of this growing market.

Evolution to the next stage

Value Proposition: Bangladesh needs to communicate the right value proposition to the tourists keeping in mind their demands and the limitations of Bangladesh. This has to be communicated with the help of branding and marketing activities. The “Malaysia Truly Asia” campaigns undertaken by Malaysia is a perfect example of branding a country to the tourists. The “Beautiful Bangladesh” campaign by the The Bangladesh Tourism Board was a step in the right direction and it should be taken further.

Accomodation Facilities: Bangladesh needs to increase affordable accommodation for tourists. With the advent of services like Airbnb, creating proper accomodation for tourists is not going to require much effort. However, since security might be an issue, the owners of the Airbnb listings should have proper accountability to the law enforcement. Since Bangladesh has been improving in the safety and security index in the recent years, it can be assumed that this will be easily achievable.

A growing Bangladesh economy needs to diversify its drivers to ensure sustainability. With the increasing popularity of tourism all over the world, the Tourism Industry can help the economy go to the next stage. 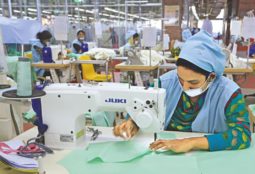 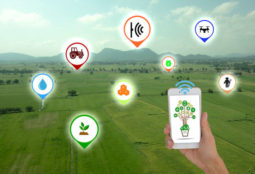 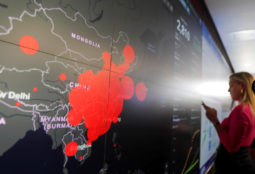 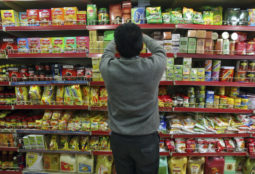